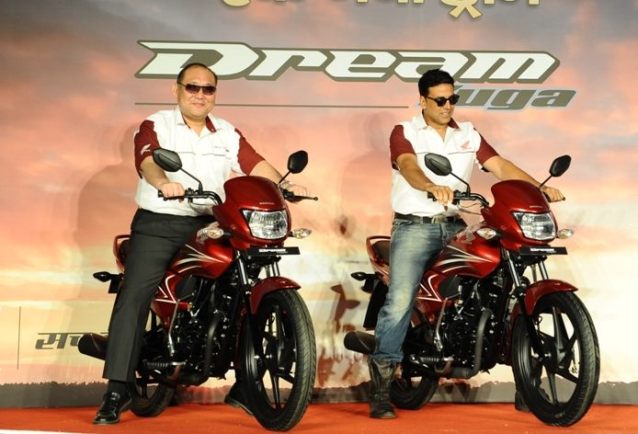 Honda has officially launched its 110cc Commuter Bike in India named as Honda Dream Yuga. The bike was first showcased at Auto Expo 2012. The bike will compete with Bajaj Discovery 125 ST.

The Dream Yuga looks similar to Honda shine but it lacks many features such has fuel-injector, disc brakes etc. But commuter bikes mainly focusing on mileage rather than bike looks. The Bike is best for those who want simple bike with high mileage.

The Honda Dream Yuga is available in three different variants: