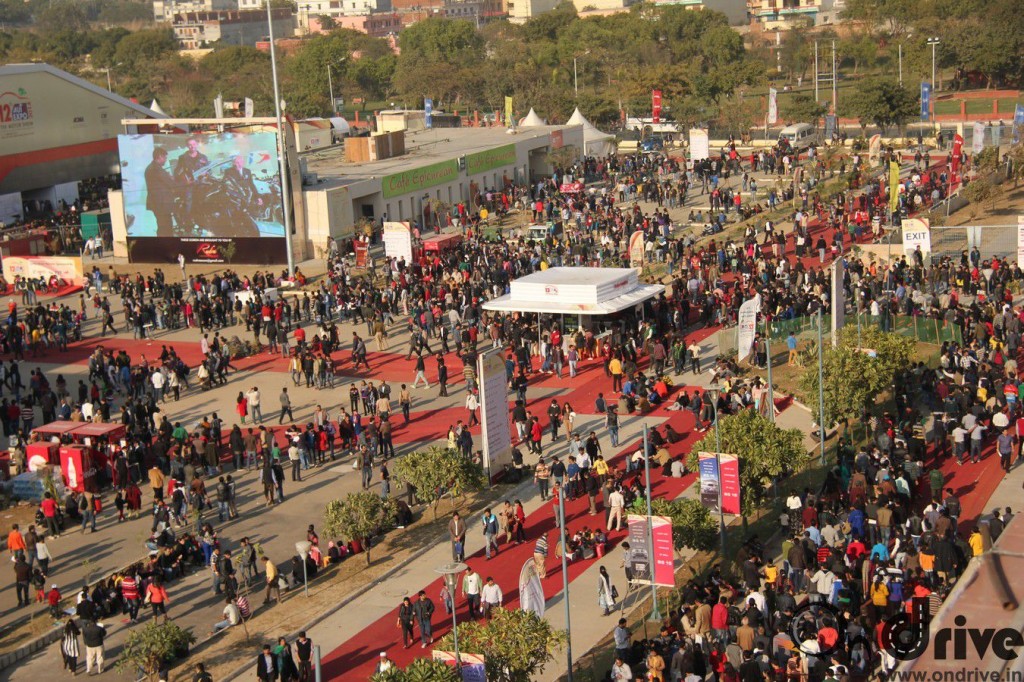 Today is the last day of the 12th edition of Auto Expo – The Motor Show. The Motor show is not only witnessing a record number of visitors at the India Expo Mart in Greater Noida but it’s also getting great response on mobile. The official mobile app of the Auto Expo 2014 has till date witnessed over 32,000 downloads in less than a month of going live.

People, with their families, drove in from and around Delhi to watch the biggest fair of Vehicles. The weekend rush saw a record number of 2, 31,000 visitors at the expo. And because of that rush, we’ve seen a traffic jam around the venue but the UP police and the local authorities seamlessly managed the traffic.

It’s good to see that record number of people using Auto Expo official app for navigating their way at the venue. The organizer launched the Official app on all major mobile platforms: Android, Windows Phone, iOS and BlackBerry. The Official app enables users to reach their favorite stall in the venue while browsing through the site maps, list of participants, exhibits on display, entertainment shows and much more.

Mr. Sugato Sen, Deputy Director General, SIAM said, “Our objective of developing this app was to ensure convenience and assistance to people coming from various parts to the Motor Show. With the mobile being one of the most consumed platforms of the masses, especially the young and enterprising, we launched the Auto Expo app for this edition. I am glad the application has received a stupendous response and has enhanced the experience of scores of visitors at the expo. We actually saw visitors navigating their way at the venue using this app ”

The Auto Expo has created a good presence on the social networking site and because that show receive an overwhelming response. The Facebook page ‘Auto Expo-The Motor Expo’ has more than 70,000 active fans with more than 3000 active users on Twitter. @Autoexpo2014 twitter handles received more than 5000 tweets during the first two days of the expo.