The recent launch of Royal Enfield Meteor 350 and Honda H’ness CB350 makes the 2 Lakh Cruiser bike segment interested. Top three companies Royal Enfield, Honda & Jawa (Mahindra) locking the horn to win the race. Let’s see the difference between the cruiser and which one is best for you.

If we compare the Engine of all three vehicles, Meteor 350 and CB350 come with the same capacity engine. However, Royal Enfield added the Oil cooled engine which is very useful for a long journey to lower the temperature of the bike engine.

Both Meteor 350 & Honda CB350 comes with Dual Channel ABS, Jawa provide both single & dual-channel ABS option. Also, Jawa doesn’t provide the Disc brake on the rear, you’ve to pay more to get the rear disc brake on the bike. 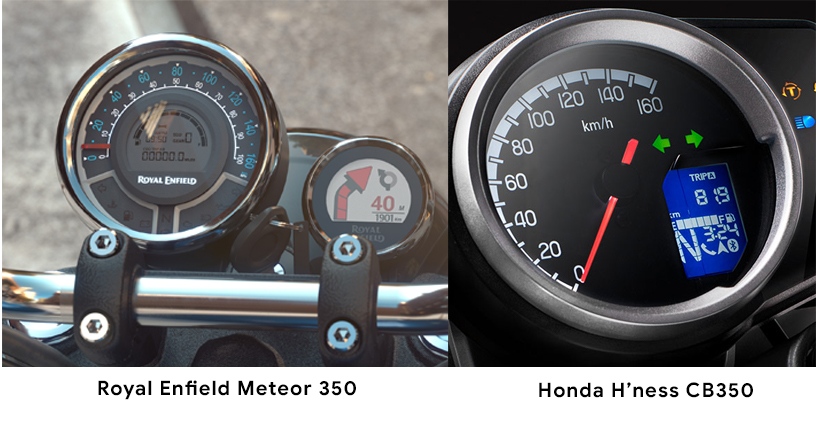 Both Meteor 350 & H’ness CB350 comes with a navigation system that is connected to the phone using Bluetooth. Honda has more control such as Phone calls, Incoming Messages, Music playback and Weather information. All these things can be controlled using a button on the left side of the handlebar. However, Meteor 350 comes with a separate console which makes it easy to read as compared to Honda one. Unfortunately, Jawa doesn’t come with Smartphone connectivity.