Royal Enfield has launched much awaited Royal Enfield Continental GT 650 Twin and Interceptor INT 650 in India. Both bikes already have seen the global launch in the European market. 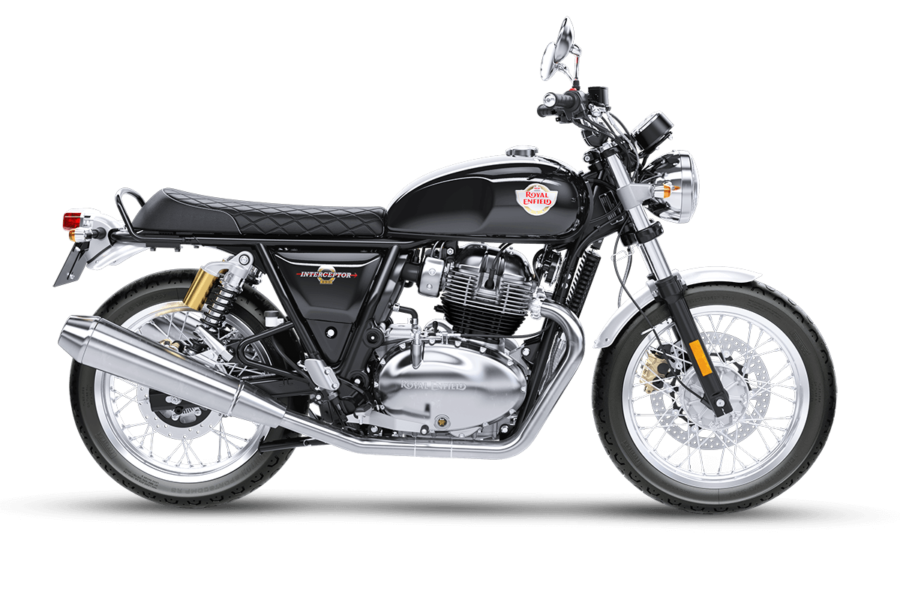 The bike is equipped with air/oil-cooled parallel 648cc twin engine which produces the maximum horsepower of 47 hp @ 7250 RPM and maximum torque of 52 Nm @ 5250 RPM. The engine is mated with a 6-speed transmission with fuel injection technology.

The Interceptor INT 650 is designed for all terrain which means it’s good for both urban jungles as well as off road roads like Ladakh. The bike comes with 4-stroke air/oil cooled 648cc parallel twin engine which produces maximum power of 47 bhp @ 7250 rpm and maximum torque of 52 Nm @ 5250 rpm. The Engine is equipped with 6-speed transmission and fuel injection.

Both the Continental GT 650 and the Interceptor INT 650 can be had in Standard or Custom versions with a wide range of retro options ranging from special paint colors and pinstripes to retro-cool bar-end mirrors, optional fly screens and alternative finishes for items such as wheels, lights, and suspension components.