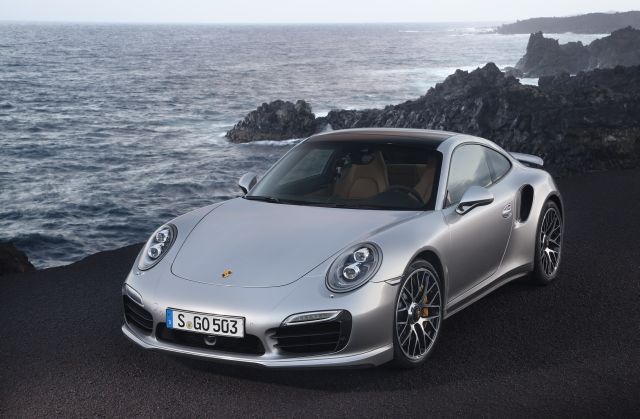 The turbocharged 3.8-liter 6 cylinder engine with direct petrol inject produces 520 HP in the 911 Turbo and 560 HP in the S model. Engine power is transferred to the Drivetrain via the seven-speed dual clutch transmission. It also features auto start/stop engine function.

The new thermal management system and the PDK transmission will have reduced the fuel consumption by up to 16 percent.

Porsche developed a new TM all-wheel drive system with electronically controlled and activated multi-plate coupling. The system is equipped with a new water cooling function which direct even more drive torque to the front wheels. The 911 Turbo with the optional Sport Chrono Package Plus accelerates from 0 to 100 km/h in 3.2 seconds. The new 911 Turbo S accelerates fro 0 to 100 km/h in just 3.1 seconds.

Porsche completely redesigned the interior in both 911 Turbo models.

The S model features interior in a Black/Carrera Red color combination and sport seats plus with 18 way adjustment and memory.

Porsche India will introduce the new 911 Turbo and Turbo S models in Indian market starting from October 2013. No info on retail prices.