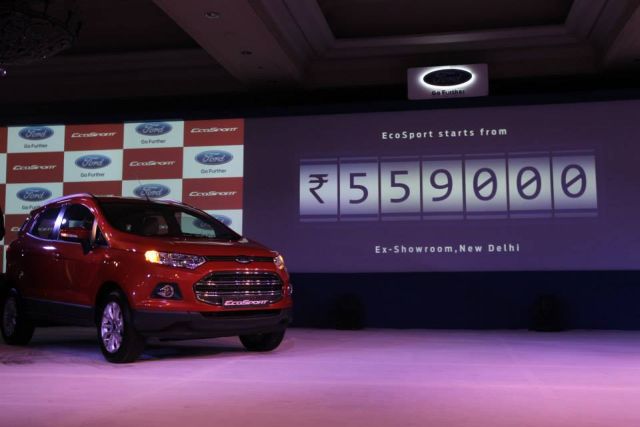 For EcoSport comes with 10 different variant across four trims, three fuel efficient engine options in manual and a petrol automatic and seven colours.

The Ford EcoSport will also be available with the fuel-economical 1.5-litre petrol engine with twin independent variable camshaft timing or a 1.5-liter diesel engine, well-suited to urban driving conditions.

SYNC also features Emergency Assistance, which helps occupants place a call to the emergency services operator directly in the event of an accident. No such safety feature available in India in this category of automobiles.

The Ford EcoSport cabin also has 20 practical storage spaces, including a glove box that can keep up to six beverage cans cool. Its cargo space at the back is just as versatile. The rear seats can be reclined in select models for greater comfort or easily folded down for additional cargo space. With the rear seats tumbled against the front seats, the boot space increases to 705 liters.

With Smart Keyless Entry, Customers can unlock the SUV or start the engine without any key. They can unlock the doors automatically by pulling the door handle; push the Ford Power Start button and go. 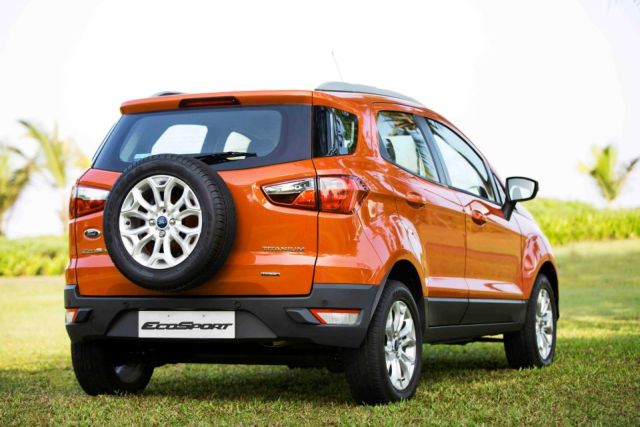 Seats are designed to be soft enough for long journeys. The cabin is also extremely quiet at high speeds, thanks to the meticulous efforts to reduce noise, vibration and harshness.

Ford EcoSport comes with an array of driver-assist system such as Hill Launch Assist (available only in petrol automatic variant), help driver to hold the SUV for up to three seconds on uphill or downhill. This prevents the vehicle from rolling backwards or forwards while moving off from the slope, increasing driver confidence.

Price of Ford EcoSport in India: