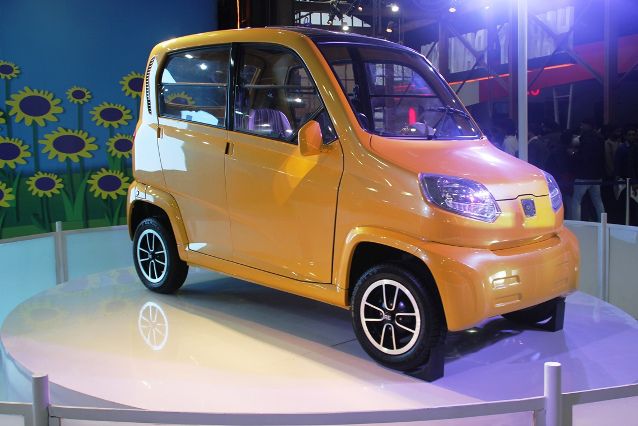 A very well known 2-wheeler & 3-wheeler company Bajaj auto is all set to launch its 1st 4 wheeler car. As we all know Bajaj auto has ruled almost all segment on which it stepped. Bajaj Scooter, Bikes, 3-wheelers auto rickshaws. In fact Bajaj auto has its fastest selling sports bike Pulsar 220 compare to any other sports bike in that segment. The reason behind is its performance and price. Although after the success of Tata Nano now Bajaj auto is all for its RE60. Bajaj Auto, a listed two-wheeler and three-wheeler company, announced the launch of Bajaj RE60, an ultra-low cost car. The company claims that the car would have a mileage of close to 35 km per litre and will have a 200 cc engine. The engine is a new water cooled DTSi (Digital Twin Spark Ignition) 4 valve and would give a maximum speed of 70km per hour. The car has a seating capacity of four people.

The call will be seen in India as well as in Sri lanka. RE60 will be produced at three-wheeler plant in Aurangabad. The expected price of the car is about Rs. 1,30,000 – 1,40,000 (ex- showroom). Presently it will be available in petrol version only but later on its CNG version will also be available.